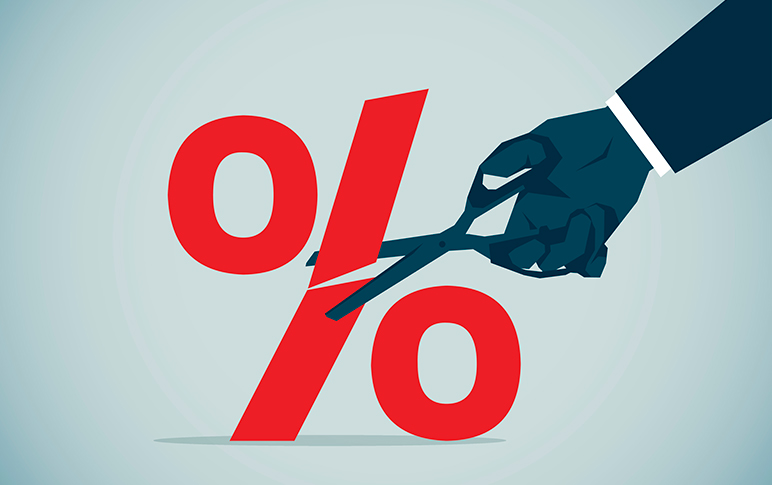 For the third time this year, the Federal Reserve cut interest rates by a quarter point in an attempt to bolster a slowing economy. The federal funds rate will hover between 1.5% and 1.75%.

The Fed’s benchmark rate does not directly affect long-term mortgage rates, but it does often influence them. The latest rate cut has economists torn on the effect it could have.

Mortgage rates have been falling for nearly a year. The average 30-year fixed-rate mortgage is under 4%, according to Bankrate.

“Mortgage rates this low at the end of an economic cycle are nearly unprecedented, and may be very well keeping the housing market—and U.S. economy—afloat,” Ralph McLaughlin, deputy chief economist at CoreLogic, told CNBC.

The average homeowner who refinances into a lower rate could trim $150 a month off their mortgage payment, according to Bankrate. The Fed’s rate cut also could prompt adjustable-rate mortgages to fall, and it could be slightly less expensive to borrow money from a home equity line of credit or pay back a current HELOC loan.

“[The Fed] rate cut will soon make it less expensive to fix up your home as sellers prepare for the 2020 homebuying season,” Holden Lewis, an expert with NerdWallet, told Forbes.com. “A lower Fed rate reduces the cost of borrowing from a home equity line of credit—a popular way for homeowners to pay for renovations and repairs. While the prime homebuying months are in late spring and summer, buyers often start looking at homes as early as February, so the timing of today’s cut is coming at an ideal time.”

However, economists are less bullish that the latest rate cut will translate to much savings in 30-year fixed mortgages.

Richard Barrington, a financial expert for Moneyrates.com, told CNBC that lenders may be less inclined to lend money and may even charge a higher interest rate to combat risk if they sense the economy is weakening.

Policymakers said on Wednesday after the Fed’s meeting that the U.S. economy was posting “solid” job gains and household spending was on the rise. But they also noted that business investment and export activity remained weak. The economy grew at a 1.9% pace in the third quarter, which is the second consecutive reading that fell well-below the first-quarter report of 3.1%.

“The committee will continue to monitor the implications of incoming information for the economic outlook as it assesses the appropriate path of the target range for the federal funds rate,” the Fed wrote in a statement.

The Fed has one final meeting of the year in December.